collagen for psychological &……… though related issues 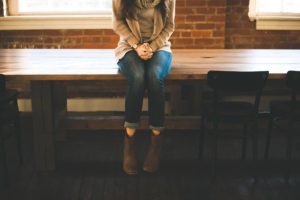 Cognitive (thought related) health: glycine has been shown to be beneficial to learning and memory.  This is as it helps a Nero-receptor called N-methyl-D-aspartate (NMDA) to work properly (Cleveland, DelaPaz, Fawwaz, & Challop, 2009). NMDA is considered to be very important for memory function and learning as well as and brain plasticity or growth (Li, F., & Tsien, J.Z., 2009).  When it is present in the forebrain, glycine it promotes the actions of glutamate   helping support in cognitive or thought processes (Paul, 2000). Phenylalanine (PEA) also helps the brain release norepinephrine, which can help with attention span, motivation, productivity and cognitive (thought based) performance (Nootriment).  Phenylalanine also turns into L-Tyrosine in the body, this helps the different areas of the brain to communicate (Ibid).

The amino acid Phenylalanine is converted into phenylethylamine (PEA) in the body (Nootriment). PEA boosts dopamine, a neurotransmitter associated with feelings of pleasure, sexuality, and the brains reward system overall. This is why dopamine helps with feelings of wellbeing, with treating depression and lessoning anxiety.

Glycine slows or stops the production of neurotransmitters that excite the nervous system and can cause anxiety, often called the fight or flight response, (Aragon & Lopez-Corcuera, 2003). When it is pared with glutamate in the promotes the actions of glutamate in the forebrain, which may help in cognitive or thought processes (Paul, 2000).

Glutamate is both excitatory, causing excitement in the brain and nervous system or inhibitory, (when   turned to GABA), causing feelings of calm.  This is as glutamate is necessary to the production of GABA, or y-aminobutyric acid, which like glycine inhibits …producing feelings of relaxation (Aragon et al, 2003: Purves at al., 2001).

In animal model’s glycine increase the amount of the neurotransmitter serotonin in the brain.  It is possible that glycine helps psychological problems associated with a lack of serotonin (Bannai, et al., 2011).

Obsessive compulsive disorder: The appropriate dose of glycine has been shown to be an effective treatment for obsessive compulsive disorder (OCD) as well as Body Dysmorphic Disorder (BDD) in some people.   This is as it is believed that these disorders are caused bya receptor in the brain failing to work properly (Cleveland, DelaPaz, Fawwaz, & Challop, 2009).  It is called N-methyl-D-aspartate (NMDA).  It is considered to be very important for memory function and learning as well as and brain plasticity or growth (Li, & Tsien, 2009).  Glycine makes the NMDA receptor work.

Sleep: taking collagen before going to bed helps sleep hygiene in two ways. Firstly, collaging has arginine in it.  Arginine, along with glutamine, can help sleep by detoxifying ammonia, which if the liver is not working properly, will build up and reach the brain, causing insomnia (Lavie, Hafetz, Luboshitzky, & Lavie, 2003). Secondly, collagen has glycine in it.  Glycine helps regulate sleep by lowering the body’s temperature and keeping it lower throughout the night. Glycine is also reported as helping people get to sleep and stay asleep.  It lessons daytime fatigue (Bannai & Kawa, 2011).   In animal model’s glycine increase the amount of the neurotransmitter serotonin in the brain.  It is possible that glycine helps with insomnia as it is associated with a lack of serotonin (Bannai, et al., 2011).

PLEASE NOTE THIS BLOG IS FOR INFORMATIONAL PURPOSES ONLY.  IF YOU HAVE A MEDICAL ISSUE PLEASE CONTACT A QUALIFED HEALTHCARE PROVIDER.

Theme by Anders Noren — Up ↑